Things To Consider When Choosing A Calcium Supplement 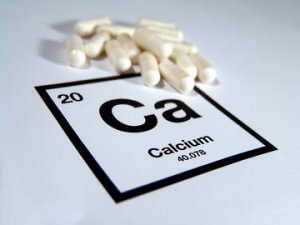 Calcium is essential for human health, affecting multiple bodily functions.[1] Yet the Surgeon General’s office has estimated that as many as 80% of Americans get less than adequate amounts of calcium in their diets.[2]

While this would suggest the need for calcium supplementation – and indeed, calcium is one of the most-recommended supplements by doctors in America today – there is reason for caution. Some studies have indicated an increased risk of heart attack among users of certain types of calcium supplements.[3] Specifically, the increased risk seems to come from forms of calcium that are less-well-absorbed by the body, and that do not contain any of several supporting ingredients known to aid the body in calcium metabolism and utilization.

Choosing A Safer Form Of Calcium

Calcium is available in several different forms for human consumption:

Therefore, the evidence seems to suggest Calcium Citrate Malate as the preferred form of calcium supplementation.

The maximum dose of elemental calcium that should be taken at one time is 500mg.[11] When evaluating calcium supplements, take care that the label lists the amount of “elemental” calcium as otherwise, the dosage listed could contain other elements bound to the calcium, which could inflate the amount of the desired nutrient the product contains.

Therefore, the evidence seems to suggest a dose of 500mg elemental calcium, taken twice per day.

It appears that the safety of calcium supplementation is is greatly enhanced by the presence of several supporting nutrients that enable its proper utilization in the body. These include:

If you’re looking for a calcium supplement that meets these suggestions, possibilities include:

According to the label, Calciology contains all of the above ingredients. There are some trace minerals that would also be beneficial, however those are contained in most multivitamins.

The dose is also a potential drawback for some, as the label calls for 3 capsules twice per day. However, most calcium citrate malate supplements have similar doses as it is a large compound.

Calciology is available at the following retailers:

These are the only products found so far, but more will be added as they are discovered. If you know of other products that should be listed here, email them to us at help@wikivites.com